Fancy being big in China? Weibo is the key

For those who don’t yet know, Weibo a Chinese word that means ‘microblog’. While it has only been around for about three years, Weibo has exploded in popularity to become the only social network to be seen on in China. If you want to be popular in China, you absolutely must be on Weibo.Since most of you probably have no idea what Weibo is, other than “the Twitter of the east”, I decided to write this short introduction to SINA Weibo, strategies on how to get started and listing of who are the top Chinese and western stars currently on top.

Update: I’ve received questions from people asking why not just post to Facebook or Twitter in Chinese. This is an excellent question. For several years already, Facebook and Twitter have been completely blocked in China. It is simply not possible for Chinese who live in mainland China to use either of them. That is why it’s so important to have presence in Weibo if you want to be “somebody” in China.

The biggest and most important microblog is SINA Weibo, with over 400 million registered users. This, along with active usage profile, makes SINA Weibo one of the most important social networks in the world; perhaps second only to Facebook. Yet despite its immense popularity, SINA Weibo remains a mystery to most non-Chinese users. Most profile pages are only visible to registered users, and the Chinese user interface makes it nearly impossible to even sign up for an account if you don’t know the language.

Recognizing this, Transfluent has just launched an integration of our translation service in Weibo. Using Transfluent you are able to write posts in English, and have them posted to Weibo in Chinese using our large network of professional translators. You can read back and reply to comments using English, giving you a chance to engage directly with the Weibo community.

We are also seeing signs that SINA is taking interesting steps to open up globally. Just a few days ago, SINA announced it would be launching an English-language user interface, to accommodate international users. This is great news, and will make it possible to use Weibo even if you don’t read Chinese. However, currently nearly 100% of the Weibo posts are in Chinese, and most Weibo users don’t speak any English, so don’t expect to be able to get much out of it right away.

Want to be big in China?

If you want to be big in China, but don’t speak or read Chinese, don’t despair. You have three choices: 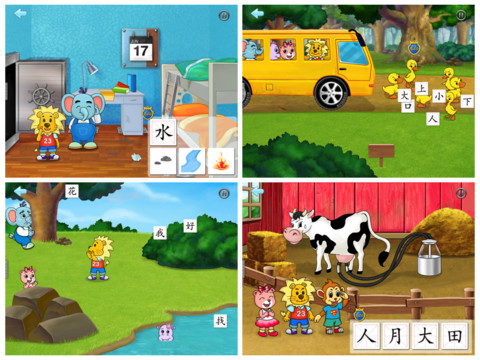 1. Learn to read and write Simplified Chinese (and preferably speak some Mandarin, which is in fact much easier than reading or writing). There are great iPhone apps for that. It will take a long time to master the language, so while picking up the language skills, you might still want to look into options 2 and 3.

2. Hire a Chinese-speaking ghost-blogger or assistant to do the work for you. There are companies providing this service, or you can employ a Chinese person to work for you on freelance basis. Hiring an agency is more expensive, but may save you from headaches down the road, while hiring a Chinese freelancer directly may be more cost-effective but requires a lot of attention from you. Both of these options have one major downside – it will not be you doing the writing. It will be your name and your face, but someone else’s mouth.

3. Do the work by yourself with the help of a translator. I am biased, but this is my recommendation. And no, I definitely don’t recommend using Google Translate. I mean, use a real human being to translate everything you say, and a machine translator at most for reading back the comments you receive. Transfluent provides a convenient Weibo translation service, where you can either write posts directly for Weibo, or have us translate your Twitter or Facebook posts and post the results in Weibo for you.

According to The Telegraph, the Hollywood celebrities are starting to pay attention. China is already the world’s second largest movie market and by the end of the decade it will surpass the US to become number one. As it goes, if your name is going to ensure good ticket sales in the Chinese market, you will get better offers from the studios.

Looking at the top Weibo users, it’s still early days for the Western stars, but those few who have taken the first steps are already boasting impressive follower counts. Tom Cruiseappears to be the most popular Western Weibo user with 5.2 million fans, but the account itself consists of just English language reposts from Twitter – and in fact, the tweets are not even written by him. The result is that even though he has a lot of fans, his posts in Weibo attract few comments. Clearly the way he is doing it is not the best approach.

Bill Gates comes second with 3.3 million fans. He is also reposting from Twitter, but with translations into Chinese by his team at the Bill and Melinda Gates Foundation. This results in much better engagement, with an average of 1,000 comments to each post.

Let’s look at the top Weibo users. Please note that while I am linking directly to the Weibo profiles, you will only see a limited profile for as long as you’re not logged into Weibo (but hey, at least they show something for celebrity profiles… regular accounts such aswww.weibo.com/transfluent are completely hidden from non-members!) 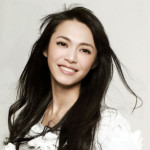 Continuing down the list, I found just 10 non-Chinese users in the top 500: 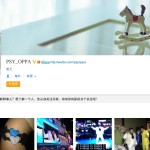 Interestingly, Pelé posts predominantly in Portuguese and Christine Lagarde in French, relying on Weibo’s instant machine translation feature provided by Youdao. While this works to an extent, similar to the Bing integration in Facebook, it results in very few comments to the posts, and obviously neither of these persons is actually able to respond to the comments they receive.

One final remark; the most popular foreign brand on Chinese Weibo is not a movie star or a singer, but the US basketball league NBA. Their official Weibo account weibo.com/nba has over 20 million followers. Several NBA players can also be found in the top 500 most popular Weibo users.

It will be interesting to see who are the first American stars to really nail it in Weibo. It’s a gold rush, where just about any well-known star could reap millions of enthusiastic followers just by saying something, in their own words, in Chinese.