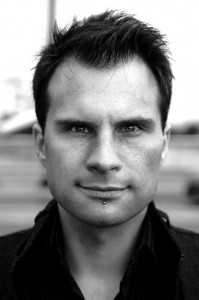 We at Transfluent have an ambitious goal. We want to completely change the way businesses communicate in social media, especially on global scale. Reaching the goal will be a very big deal, but one thing is for sure – in order to succeed we must first build the Dream Team that will make it all happen.

To that end, we’re very excited to announce that Julien Fourgeaud has decided to join Transfluent as Vice President of Mobile. Julien couldn’t be joining us at a better time. Just yesterday Google made the app translation a burning hot topic by announcing that they are adding professional language translation as part of the Android Developer Console. Does anyone still have an doubts that it makes sense to localize your apps to as many languages as possible?

Julien has previously worked at Nokia, Rovio, the company behind Angry Birds, and most recently as the CEO of Scarlet Motors, a developer of groundbreaking new electric vehicles. Julien adds to Transfluent his vast experience from product development in the mobile and apps space. In his role, Julien is to lead the development and marketing of Transfluent’s iOS, Android and Unity language translation products.

Julien is the latest addition to the team, and comes on the heels of another superstar. Just last week we announced Timo Poijärvi became our New Business Manager for Entertainment industry. Transfluent is currently a hot topic in the music and entertainment circles. Everyone wants to be big in China or otherwise popular globally, and Transfluent offers the perfect tools to make that happen. By far the biggest reason for an artist not using Transfluent is that they do not know it is even possible to communicate in foreign languages if you only know how to speak English. Timo’s mission is to make sure everyone learns about our service, and signs up for it!

Transfluent is growing rapidly and we’re always on looking for exceptional talent to join the team. Our team now spans across Europe, Asia and America and we already have something like 10 nationalities in the team. If you think you have something to offer – get in touch!