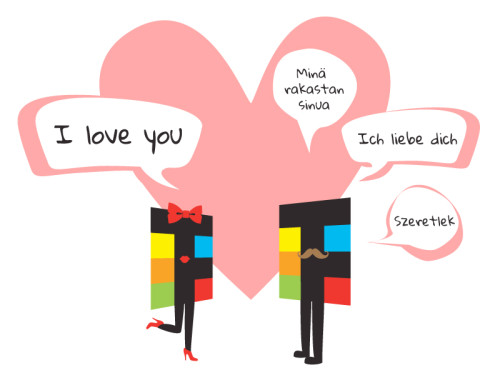 It is projected that in the United States, the amount spent on celebrating Valentine’s Day will exceed $18 billion. It is interesting to note, too, that over 8 billion candy hearts are made each year to keep pace with demand that and over 36 million heart-shaped boxes of chocolates are sold each year for this special day. Wow!

Click here for an Infographic on Valentine’s Day statistics from 2013.

Valentine’s Day celebrations are not exclusive to the United States— there are, in fact, different Valentine’s Day traditions found throughout the world.

It might seem odd to Americans, but in Japan, it is the women who give men chocolate, and not just to their special someones, but to nearly everybody in their social circles. The Japanese even have a saying, “giri-choco,” meaning obligation chocolate. The amusing part is that the custom of women giving chocolate to men seems to have resulted from a translation error. Valentine’s Day was introduced to Japan in 1936 by chocolate company Morozoff after one of the executive members of the company learned about Valentine’s Day, but he understood the gift-giving custom to mean “women give men gifts” rather than the opposite. Transfluent could have really come in handy!

Not only do Japanese women give chocolate, but also they have the chance to receive something in return a month later on March 14, a day Americans do not mark on their calendars. The Japanese call it “White Day,” — those men who received gifts on Valentine’s Day are expected to give presents in return to the women who gave them chocolate. Interesting custom indeed.

In Finland, Feb. 14 is referred to as “Friend’s Day.” It is not a day of giving chocolate to those loved romantically. It is instead marked as a day to appreciate friendships and to honor friends by showing them love.

For this Valentine’s Day, say “I love you” in a variety of languages.