Transfluent in Motion: Attending Forbes 30 Under 30 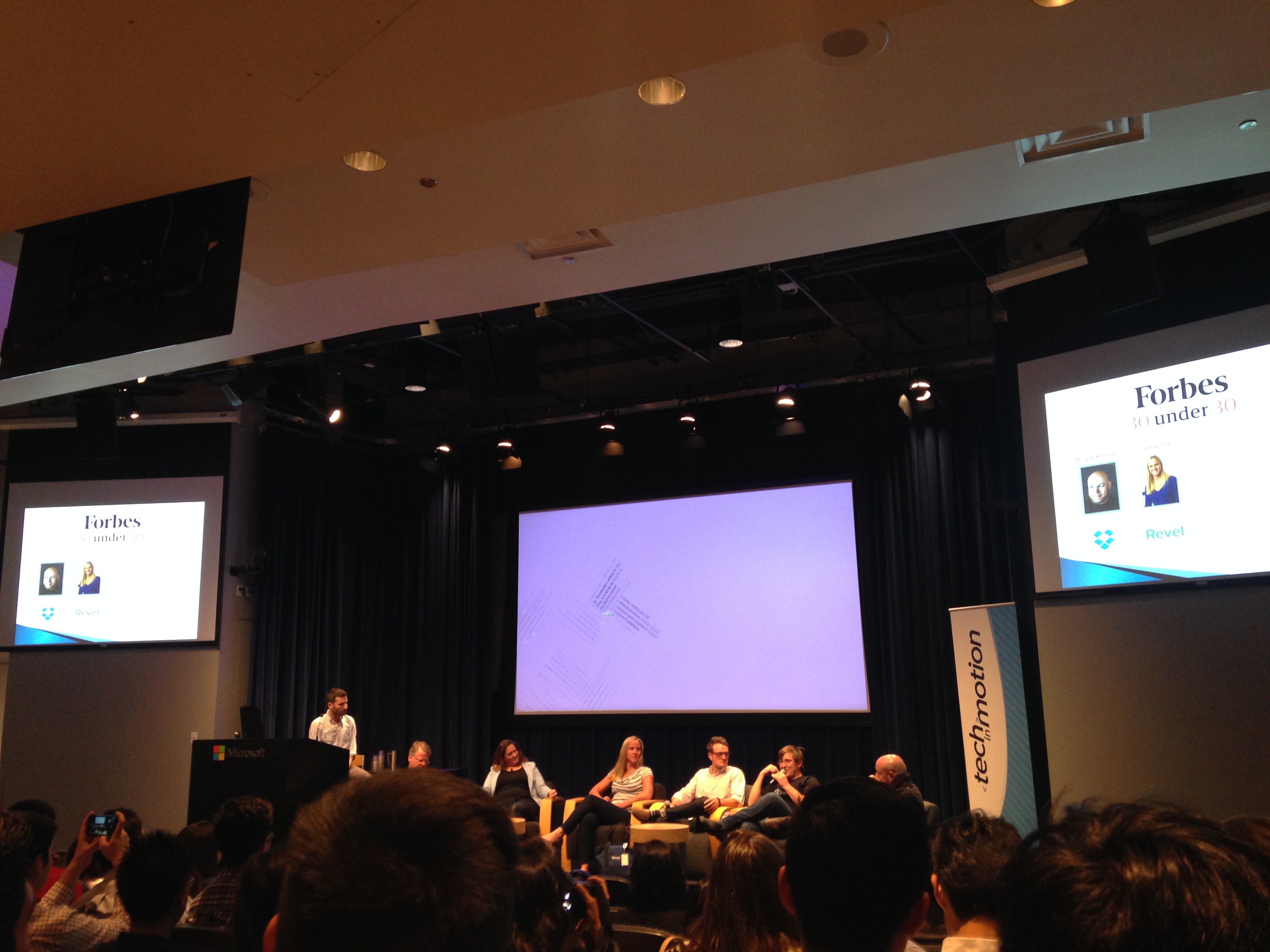 Transfluent attended “Forbes 30 Under 30” at the Microsoft Mountain View campus on Thursday, June 25th. “Forbes 30 Under 30” is an event run by Tech in Motion which highlights a panel of individuals under 30 in many different fields that have been ambitious and successful. The panel, moderated by famous tech blogger Robert Scoble (see his blog here) and Unroll.me founder Perri Blake Gorman, included Morgan Knuston (Chief Product designer at Dropbox), Lisa Falzone (CEO and co-founder of Revel Systems), Steven Eidleman (Co-founder of Whistle), and AJ Forsythe (CEO and co-founder of iCracked).

The evening began with some casual networking and conversation in the main lobby with snacks and drinks. Around 6:30, we began to make our way to the auditorium in order to hear the panelists speak.The panel discussion lasted for about two hours and was ripe with excellent advice for everyone from aspiring entrepreneurs to fresh graduates seeking employment. They constantly emphasized building substantial networks and relationships, as well as finding the motivation to never give up.

One of the more memorable moments of the night was hearing a 15 year old talk about a company he founded called “Botangle.” This goes to show that it’s never too early to pursue your goals or start your own business. (Check out his story here.)

Here are some thoughts from the interns Brian and Lucas who attended:

We thought it was very interesting and rewarding attending our first networking event here in Silicon Valley. We did not really know what to expect going into the event, but we found it to be very beneficial to us because we got a chance to practice our pitch and listen to some  very inspiring young CEO’s. Because it was an under-30 event, we found the people to be relatable and very down to earth. We thought it was funny how were already able to notice how annoying recruiters can be by just attending our first event. Overall, we enjoyed attending this event because we got a chance to get our feet wet and will be looking forward to the many other events we have planned.