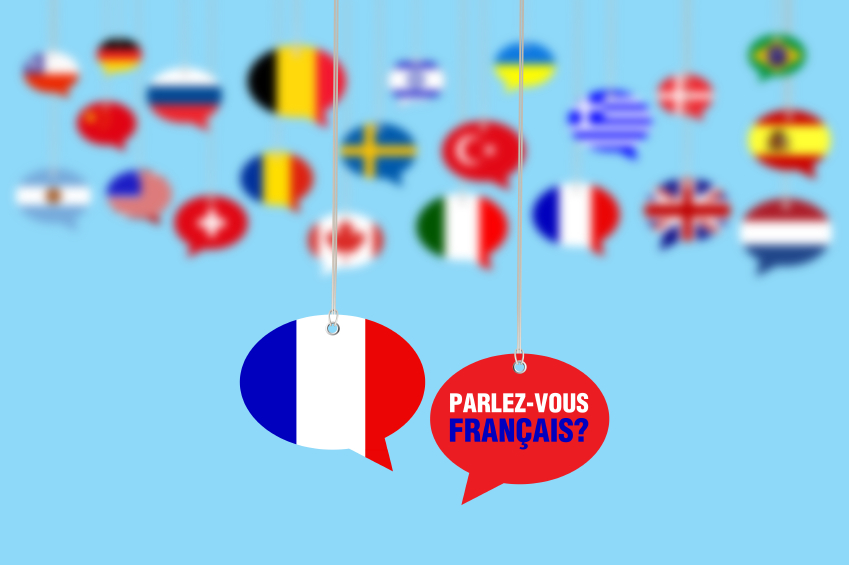 When some people think of the French language, they envision rich Parisians smoking elegant cigarettes in the latest fashions while sitting at an outdoor cafe as other luxuriously attired French citizens bustle by. They may even envision a charming Provençal mas surrounded by vineyards. Of course these charming scenes have been part of Parisian branding for centuries, however, what many people don’t think about enough is exactly how you can gain a competitive edge for your business in real world France right now.

In Africa, which contains many countries of note to those looking to appeal to emerging markets, there are 24 countries which are considered to be fully Francophone or French speaking, by language data scientists, and 7 more that are sometimes considered Francophone. For a country to have this label put upon it, much of the population must speak French as a first or second language. In Gabon & Côte d’Ivoire, since colonial times, French has become the primarily linguistic preference. In the interesting country of Morocco, French is usually spoken by the upper class of society, and the middle and lower classes retain their local languages.

The second largest French speaking city in the world is nowhere near France. It is in Kinsasha, which is the capital of the Democratic Republic of Congo (formerly called Zaire), which also is the country with the largest French Speaking population, even greater than France itself. Despite this fact, in Congo, French is usually the second language spoken by the country’s residents, being used for business transactions, schooling and writing, while local language Lingala is the one used for socializing.

Algeria, the second largest French speaking country in Africa, used to be a part of France, which makes sense, given its geographical proximity across the Mediterranean Sea to the country. Now the North African Nation has 19 million French speakers within its borders, and considers the language to be its “Lingua Franca” or, everyday language.

Translating your online presence into French is an amazingly efficient way to reach people from a variety of different countries and geographical representations. There are 78.3 native speakers of the language, and 338 million for whom French is a first or second language. 120 million of those people are on the African Continent. The rest are mainly dispersed throughout Canada, the Caribbean and one tiny South American Nation called French Guiana, making it an important language to add to your translation docket.