How To Get Nearly 100% Email Response Rate 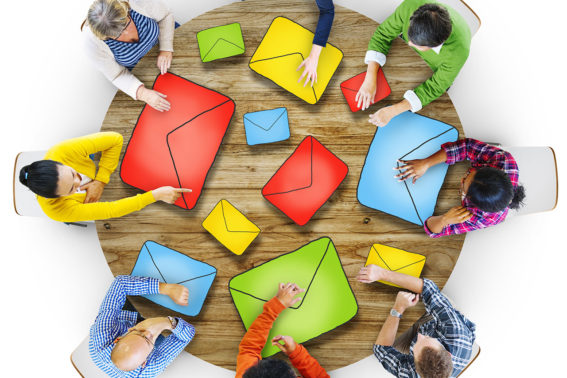 Want some quick tips on how to multiply your results when dealing with Asian businesses? I’ve got some great advice for you in this post—an actual proven trick, not a gimmick, and I promise you’ll get instant results!

Last year I figured out a perfect way to maximize the results from business trips to Asia. Typically, I would meet a lot of people, and they would be friendly and excited. But when I returned home, there would be very few responses to my follow-up emails. I always figured that’s just how the cultural differences play out: maybe friendliness doesn’t translate into actually doing business.

But is that actually true? Last year I attended the Alibaba World Conference in Hangzhou, China, and once again I met a lot of people, practically all of them for the first time. So doing a proper follow-up was crucial to starting to build relationships.

I decided to try sending my follow-up emails in Chinese and Korean (i.e., in the native language of each person) to see if that might help. It felt a little odd, as I’m sure each of those people knew that I didn’t actually speak their language. Still, I figured it was worth a try.

I had around 20 emails to send, so I decided to do some A/B testing. Half of the follow-up emails would be in English. The other half I translated using Transfluent’s magic translation widget, to get professional results quickly, practically while waiting. I knew Google Translate would not do the trick, as it’s notoriously bad with Asian languages and I didn’t want to take the risk of saying something offensive. It did cost a few bucks to get each message professionally translated, but obviously this is nothing compared to the cost of the whole trip. If a small investment could improve the results dramatically, it would be worth it.

It was a fairly small sample set, but the results speak for themselves. After sending out 10 emails in English, 9 in Chinese and 1 in Korean, I got a total of 10 responses back. Out of those 10 responses, none were to an English language email! Everyone who received a translated email in Chinese or Korean responded quickly, congratulating me on my perfect language skills! Some of them were wondering how I was able to do it, as they felt the quality was a little too good.

The most important thing is that all of these people were very impressed and wanted to continue talking. One large company sent their representatives to visit our office in California a couple of weeks later. Another person was so impressed he introduced me to a prominent local VC investor. And again—there had been no responses to the emails I sent in English.

It should be noted that all of these people actually speak English. Many of them replied in English even though my follow-up email was in Chinese. I guess some felt more comfortable communicating in Chinese, so I kept translating both my inbound and outbound emails.

Give it a try!

I recommend giving this a try! Next time you meet with someone who is not a native English speaker, use the Transfluent widget to translate your follow-up email into their language. It only takes minutes and doesn’t cost much. I guarantee you they will be very surprised. They’ll remember you, and they’ll definitely appreciate your effort. It’s a small investment that could pay off big-time!

I have continued to do this ever since my first experiment, and it works every time. Every. Single. Time.

Overall, I would say that Asian businesspeople are friendly, and they definitely appreciate a follow-up after a meeting just like everyone else. It’s just that many people are not comfortable with written English, so they‘ll hold back out of fear that they might write something wrong. But if you open up and make the initiative to communicate in their native language, they are practically forced the return the favor! In short, it’s a win-win for everyone!