True Tales of Horror: Why Localization is Important 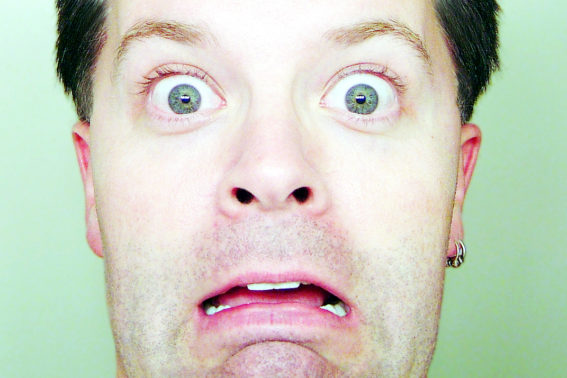 Before diving into some horrific tales of translation gone wrong, let’s take a moment to discuss why localization is important, define it and how it differs from translation.

Translation means that something has been converted into another language.  So if I say, “the sky is blue” in English you can easily translate that to any language.  Simple, right?

Here is a real-life example (based on a true story) of where things can go very wrong:  An author writes, “The children could play red-light, green-light.”  If you never played this, it’s a game where everyone is trying to reach the conductor who yells, “green-light” when you can move.  When she yells “red-light!” everyone must freeze.  If you don’t freeze or fall over mid stride you are “out.”  First one to reach the conductor wins.

Simple phrase.  What was translated into French ended up meaning (approximately), “The children should go play in the red light district.”

Green-light was translated using the meaning of approval and sanction as in, “to give something the green-light” rather than describing a literal stop light.  In certain parts of the world, “red-light” has a very specific connotation (it is where brothels are usually located.)

Luckily this error was caught during proof reading by an outside resource before it went to press.  A linguist with localization experience would never have translated the phrase with such obvious cultural errors.

Localization doesn’t just apply to the incorrect application of words or phrases.

In another example (based on a true story), you may be aware of a social media platform where people post about their lives and companies own “pages” to share information and connect with their customers.

A company decided to expand their reach into several new territories.  They hired translation service provider A to find them a linguist to moderate the page for several hours a day.  He responded to comments, questions and directed people where to go when they needed assistance with the company’s product.  Great!  But…

The company wrote articles and updates for their page in English and then hired translation company B to quickly and inexpensively translate the posts.  They figured that since a dynamic and immediate response was not needed that they could save money by going with the cheapest option available.

Can you guess what happened?

They posted an article translated with technically no mistakes, but the translator used grammar which implied to the reader that the post was intended to be read only by females relating to female matters such as pregnancy, breast-feeding etc.

Unfortunately, the audience did not find this the least bit humorous.  The readers were in a region where gender roles are a touchy, often political subject.

Luckily, as soon as the moderator saw the article (and the mountain of negative feedback it had garnered) he was able to reach out to the company and have the article pulled until it could be re-written.

The moderator had to spend many hours that week fielding comments and re-writing the article. This ended up costing the company more than the original “inexpensive” translation.  Policies regarding gender-neutral language were enacted and the company asked the moderator to translate all articles from that point on.

Even when the content is technically perfect, if the translator fails to take into account the cultural context of the piece there can be unexpected consequences.

Now, who do you think language service provider A was in this scenario?  The one who saved the day?  If you guessed Transfluent, gold star for you!  Contact us today to find out more about how we can translate AND localize your content to create the best experience for your customers!