The World is Ready for your Sharing Economy Application 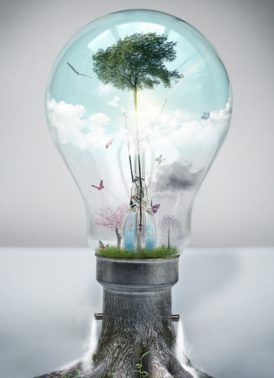 Starting your own business has never been as easy as it is today. This is not only because of today’s extremely high consumer purchasing power, enormously skillful labor markets or all time leanest capital markets, but most of all, because of the unexploited area of extremely capable human invention, i.e. the internet.

You see the internet is a place where you can buy and sell nearly anything you can imagine. One of my favorite thoughts in this sense is a thing that has been called Sharing Economy (also an access economy, on-demand economy, collaborative economy, etc.), a concept whose idea is to maximize the utilization of every resource that we own.

Sharing Economy’s core thought is to share resources for one’s society and to make some profit from it. For example, when you need to drill a hole in your home wall, instead of buying and owning your own power drill, what if you could borrow your neighbor’s power drill and pay only for renting it? You most probably won’t need your own power drill (you only need a new hole in your wall every now and then) and you would save money, effort and the environment by not buying your own drill. On the other hand, if you do happen to own some things, let’s say a cocktail dress or a snowboard, instead of letting them just sit in your closet, what if you could “earn” some extra money by sharing these things for your neighborhood through some appropriate application, while still having the convenience of owning them as your own things?

The core idea of the Sharing Economy sounds great and is currently largely possible because of the rise of the internet. It is at the same time extremely handy and efficient, and much more sustainable than the everyone-owns-everything society. But applying this concept only to physical things is a very narrow viewpoint. Sharing Economy can also be applied into intangible things and human capital, which is why it is actually such a great opportunity for making business. Although there are quite many physical things that we can easily share (e.g. cars, apartments, clothes, power drills), there are innumerable amounts of intangible resources that can be shared (music, data, rides, translations), and so far we have only seen a fraction of these companies.
Today is the perfect day to invest your own Sharing Economy application and make business from whatever you own in your life, whether it is things gathering dust in your garage, software laying in your computer, or skills waiting to be performed.

Image Source:“Brighter Future” by cea + is licensed under a CC by 2.0