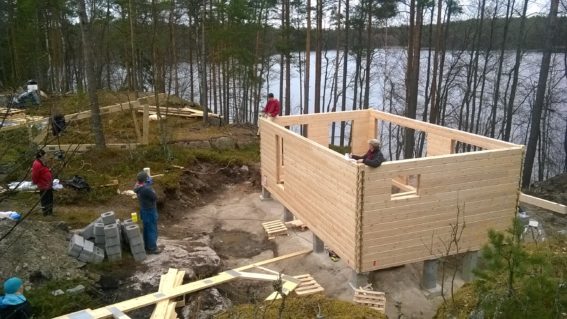 How often do you think that there’s too much work and too little time? Have you ever thought while doing a tedious task that there has to be someone who could do this better or at least instead of you. I know I have!

I think one of the characteristics of the digital age is that the need to be a renaissance man (or a polymath, a person who could master a large number of different skills) has diminished. We have the opportunity to differentiate ourselves by what we find interesting and source other needs as a service. You do not need to go that far back in time that in Finland it was a custom for a man to build his own home. DYI is still common but more and more people do not know how to hang a painting on the wall much less build a house.

The DIY attitude is pretty visible when I’m talking with companies small and large. I hear quite often that they have someone on staff who is doing translations when needed. That is one way to get texts translated, but I tend to ask what else the person could do if they were not doing the translations. Another question I have is whether the language is really correct after the translation. Most of the feedback coming from our customers is that it is not. For example, I once had a comment from a client that a Spanish speaking employee had reviewed our work and given negative feedback. After looking into it further it turned out that the employee was from Argentina and their feedback was based on their particular dialect. Our translated text was correct for the intended audience.

As Ari wrote last week, in addition to trying to do translations in-house you can outsource localization to re-sellers or create your own pool of freelance translators. Managing a pool of freelancers can take a lot of time and effort, we do that every day! One of our current customers said that before using Transfluent she had her own pool of translators. It took her several hours per week to manage the requests and documents. Now she just sends the documents to us for translation, getting the job done and saving her time!

Some time ago a person requested a quote by uploading a multi-page document into the Translate Now tool on our website. He didn’t finalize his order so I reached out to see if there was an issue. He just wanted to check the cost of translating a contract that he himself had just spent 22 hours translating. Next time he will place an order to get a professional doing the work. It will cost him some money but way less than 22 hours of his time!

DIY is great. I do quite a lot of things myself but in truth one should draw a line when it comes to business and professional service. What is your time better spent doing? In many cases the value of your time is greater than the monetary cost of getting someone else to do the work, especially an expert.

If you want to test our translation services but the cost is a concern I have some discount codes available on my desk. The first 10 people to send an email to risto+discount@transfluent.com will get a discount code to try us out!