A Team to be Proud of! 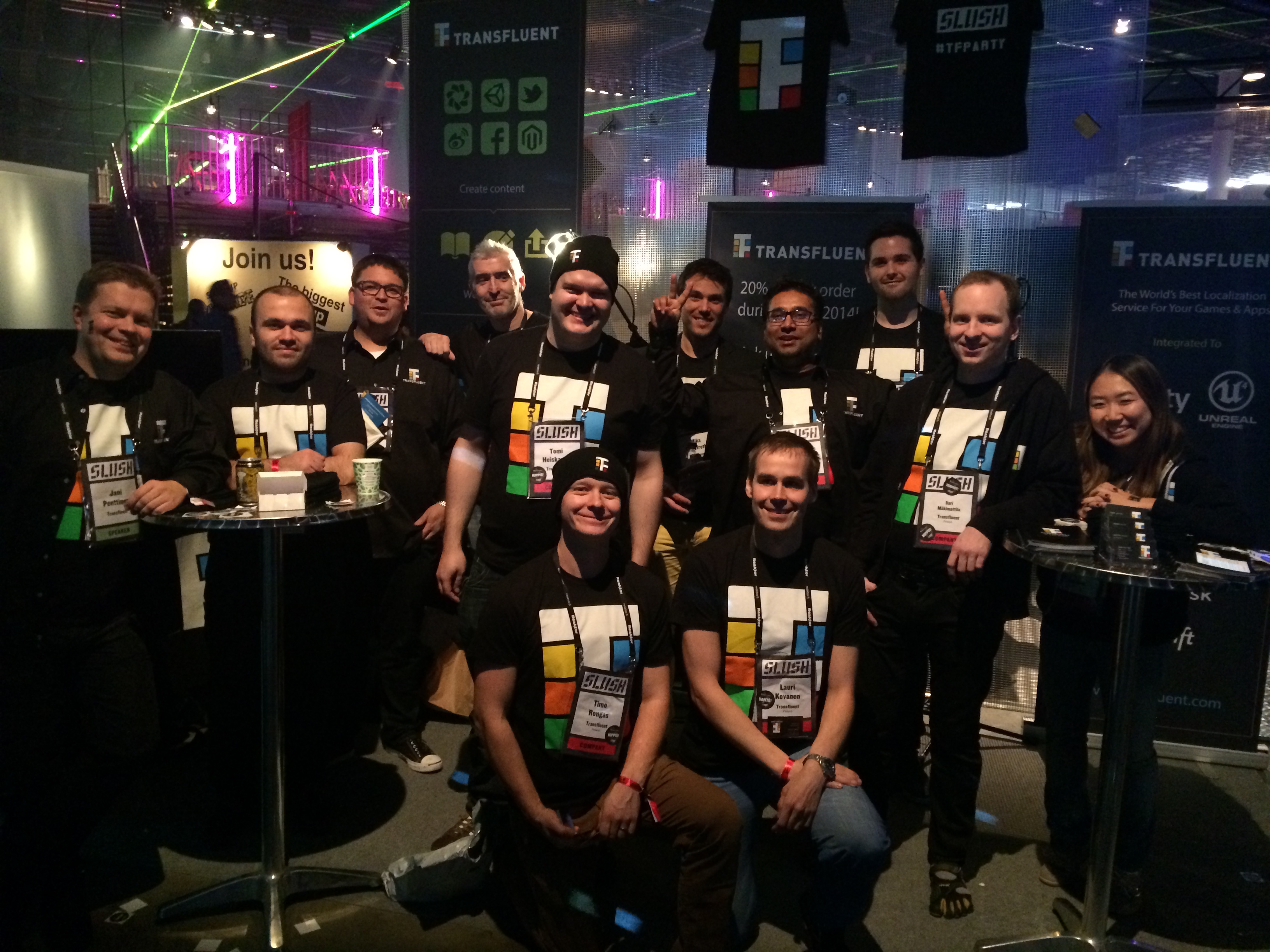 I just spent a night out with my Transfluent co-founder Tomi. We had some drinks, nice long dinner and good old Finnish sauna. We spent hours talking about life, and business. Our progress, our plans, everything.

What’s so special about this get-together is that we have worked together for almost 9 years, and we almost never see each other in person. Our journey began in 2008 when we built a social networking business together. It was a great experience – I think at the peak we had over 20 million users – but we couldn’t make it fly in the end. However, we worked together really well, so we continued with another venture – Transfluent.

Through the years Transfluent has been through ups and downs, but recently many more ups than downs. At the smallest, the team was just Tomi and me. That was a long time ago and since then we have been growing nicely, hiring more talent as the business has grown. The same pattern has continued for the most part – often I hire people without meeting them in person, and only meet them for the first time several months after they joined the team. Even now, we have two people in the team who I have never met!

This puts an incredible amount of weight on trust. I must be able to count on the team. There would be no way to me to watch over their backs or see how they are doing – all that I have at my disposal is the infinite amount of trust I place on the members of our team.

I think everyone at Transfluent knows how it goes – they don’t do the work just to clock the hours or show up at the office just because they have to. In fact, I don’t really care if someone decides to take a day off or work remotely. I’m sure they know what they’re doing. As long as we don’t leave any customers in trouble, there are no rules on how to do the work. I trust the judgement of every team member to do their work to best of their abilities.

I’m always proud of our team, but these days I am especially proud of them. A couple of weeks ago we had an idea to use our expertise for some goodwill and provide translation for President Trump’s Twitter feed. Tomi immediately jumped on the idea and set up the Twitter feed translation overnight. Everyone in the team loved the idea.

We got some great feedback, but then we also started getting messages about another, much bigger Spanish translation need. The new administration had removed the Spanish language section of the White House website and many people were asking if we could do something about it. Even though this was a much, much bigger undertaking, the whole team was behind the idea.

We often think “yes we can” is the only acceptable answer to any question, and so we put on our thinking caps and started figuring out how to create a translated replica of a website where we don’t have access to the source code or an API. We have quite a bit of work to do on daily basis, so this was something that had to be done on nights and weekends. And yet, everyone was fully into it.

It has only been two weeks since we decided to kick off the project, and the translation is well under way. The dream is becoming a reality! The White House website is getting a Spanish makeover at www.LaCasaBlanca.com. Once the entire site has been translated, the system we built will keep the translation up to date at all times by monitoring for changes and additions!

Please consider joining the effort and donating to our GoFundMe campaign. All donated funds will be used to fund the translation efforts of LaCasaBlanca!