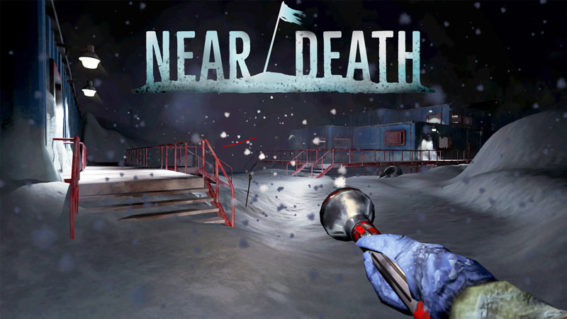 The client used the tools provided by I2 Localization with Transfluent translators to localize their game “Near Death” in three languages.

Orthogonal Games is the brainchild of game industry veteran Kent Hudson.  With developer credits for such well known titles as BioShock 2, Deus Ex: Invisible War and a stint at LucasArts, Kent brings over a decade of experience to his independent studio.

Orthogonal strives to bring innovative concepts and experimental game play to their titles. “Near Death” employs unique tools to immerse the player in a lethal battle with Antarctica’s unforgiving climate.

After launching “Near Death” in English, the game soared to the top of the list for sales in Western Europe and Russian-Speaking countries. Industry experts confirmed that these regions would be ideal for localized versions of the product.  Kent selected French, German and Russian for translation.

Due to Kent’s experience in the industry, he knew that if he wanted to bring “Near Death” to a wider audience he would have to start planning from the beginning.  Orthogonal used the Unity platform for game development and I2 Localization to store the game text.  I2 is designed to work seamlessly with Unity and Google Sheets.

“We took full advantage of I2 Localization’s Google Sheets integration… from the very beginning we put all of our game text into the I2 database… we wanted to make sure that the UI and scripting infrastructure were pulling from the database so that future translations would require minimal reworking on the code side,” said Hudson.

Selecting Transfluent as their translation partner was easy.  Kent was familiar with CEO Jani Penttinen’s work and feedback from other developers was very positive.

Orthogonal faced surprisingly few challenges along the way.  They circumvented what could have been a major hurdle by selecting a font that supported special characters in French, German, and the Cyrillic alphabet.  If they had not, it is possible some text would not have displayed correctly in the game.

One unexpected challenge was the behavior of certain dynamically generated text, “when the player uses an object in the game, the game combines a verb and a noun to create a UI prompt. So for example, a door in the game has ‘Open’ as its verb and ‘Door’ as its noun, and at runtime the game combines those to create the ‘Open Door’ UI prompt,” Kent explains.  “However, in German, the proper grammar is essentially ‘Door Open’ … so we found that in the German build, all of the player’s interactions appeared backward, with confusing syntax.”

In the short term they were able to create a subroutine that changes the word order when German is the selected language. Kent relayed, “The safer thing would have been to store each UI prompt as its own entry, so that language-specific grammar could be directly applied.”

From the start Orthogonal used I2 to store their in-game text.  They exported the database to Google Sheets with columns for each language (English, French, German, and Russian) and an area for notes.  The notes section was especially important as it provided context for the translators such as whether the text was conversation between characters, if there were any length or formatting restrictions and so forth.

Using Goggle Sheets the translators were able to work directly in the source document simultaneously.  They also took advantage of the in-document chat feature to discuss and solve issues in real time.

After the first round of translation was complete Orthogonal uploaded a beta version of the game on Steam so that the translators could see their work in-game.  As edits were made Kent would compile and upload a new version of the game for the team to review.  This helped the translators identify minor issues and track the progress of the project.

Orthogonal reported that using I2 with Transfluent was easy.  Kent mentioned to I2 that better support of a notes feature could be advantageous. They responded that they are moving forward with plans to make adding a notes column easier.

When asked what advice he would give to other game developers planning on localizing their titles Kent said, “The most important thing is to plan for localization early and be very rigorous about making sure you always put all of your text into a database that can be localized later.”

Kent also advised to plan for the unexpected.  No matter how well any one part of the process goes there will almost always be issues and setbacks. For example, “You’ll find that some of your UI areas can’t tolerate different word lengths, or your font atlas needs to be rebuilt with different settings, or certain characters look bad in your chosen font, and so on,” Kent cautioned. “The issues will be specific to your game and how text is displayed, but in many ways translating the source text itself is the lowest-risk part of the process; when you actually implement that text in-game you’ll find a number of unexpected gotchas, so make sure to add some buffer time to your schedule.” 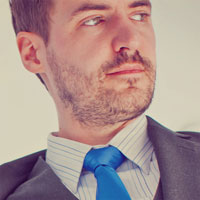 Orthogonal is already hard at work on their next title.

“The process of getting text into and out of the game was very painless… the I2 + Transfluent process is really robust and successful!”
– Kent Hudson
Founder, Orthogonal Games