Sheena: Hi Laura! I’d love to know how you got involved with Transfluent.

Laura: Well, I had my own company called Word Nerd for about two years where we provided game localization, mainly mobile, in thirteen languages. Then I met Jani (Transfluent CEO), we started talking and realized we were a perfect fit. He proposed that Transfluent acquire us and now I’m here!

Sheena: How did you originally get interested in translation as a career?

Laura: Languages have always been my passion. I went to French school when I was three years old. I knew I wanted to learn English but didn’t start until I was around ten.

We used to travel to the United States frequently and I would always try to say, “yes” and “no.” It’s actually kind of funny. The first time I came to Disney Land in Orlando there was this really nice lady who started talking to me and even though I didn’t understand a word she said I would answer, “yes!” or “no!” My answers clearly didn’t make sense. She would look at me like I was crazy but I kept saying, “Yes! No!”

My mom eventually rescued the confused woman and told her that I didn’t speak English. She was like, “Oh, it makes sense now.” I really have no idea what she was asking me, but probably “What is your name?”, and I was answering, “Yes!”

Anyway, I’ve always loved languages. I studied French language and literature and got translation jobs while still at University.

I also worked for Berlitz (language education company) in Colombia, where I’m from. I was with them for two years but I realized that teaching really isn’t my thing. Berlitz clients tend to be adults. Adult language learners have a tougher time.

Laura: Then I moved to Finland and worked for a gaming company called Supercell. I was doing support in five different languages and was also involved in localization.

Sheena: I’ve heard of Supercell! Remind me what kind of games they make?

Laura: They focus on mobile games and have some big titles like Clash of Clans, Hay Day, and Boom Beach.

Sheena: Yes! Now I remember. Those are some great games. You mentioned that you provided support in five languages. How many languages do you speak fluently and what are they?

Laura: Fluently? Four – Spanish, French, English and Brazilian Portuguese. I don’t count Italian. I can speak it but I haven’t entirely mastered it.

Sheena: And is that something you are working on? It sounds like you want to continue learning languages.

Laura: Yes! Next I am learning Swedish and I’d like to learn German in the future.

Sheena: So you mentioned that you’re currently living in Finland (the location of Transfluent’s home office), how do you get along in Finnish?

Laura: I haven’t learned it at all, actually. Finnish is very unique. It doesn’t share roots with any other European language so it’s kind of on its own. Swedish is also spoken here but almost everyone speaks English. I don’t need Finnish for work so I haven’t put a tremendous amount of effort into learning it.

Laura: More now that it’s summer! It gets pretty cold in the winter here. But I love living anywhere in Europe because it is so easy to travel to other countries. Here we are so close to Sweden, Estonia, and Russia that it’s easy to visit. Sweden is only a half hour away, for example.

I also like that Helsinki is such an international city.

Sheena: Tell me a little bit about your role here at Transfluent. I know you’re in charge of video game localization but what does that look like? What are some of your goals? What you hope to accomplish?

Laura: Each day is a little bit different. With game translation projects I manage the whole process. I provide the translators with the context they need to do a good job, like images of the game, how the gameplay works, those sorts of things. I answer questions and if I don’t know the answer I reach out to the developer.

The overall goal of my being here is to grow the gaming business side of Transfluent. I am working on improving the workflow so that game development projects work more like the widget with drag and drop features for text and Google spreadsheets.

The challenge is ensuring that we are delivering the highest quality possible in an automated process. Games require a lot of context and instructions to do correctly and sometimes developers don’t know what to include.

How we plan to address that is by using technology as much as possible. For example, we are testing out the ability to take automatic screenshots of the game to put with the files. Other possibilities include creating an automated guide process for developers to walk through, linking to slack for real-time questions/feedback with the developers, and using Google spreadsheets without having to export the content. They would just press a button and all the material would be there.

In general, we want to be number one in games translation, especially for mobile.

Sheena: That’s fantastic! Now, before we wrap – what are some things you enjoy in your personal time? 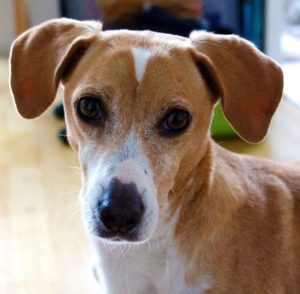 Laura: I do yoga every day and I love cooking! It’s probably my biggest passion. It makes me really happy. I also have a dog, she’s really cute and keeps me busy. Her name is Lola. Let me send you a picture!